Valentineâs Day: Many will slaughter their destinies on the bed of lustful pleasure – Clergyman Mike Bamiloye says 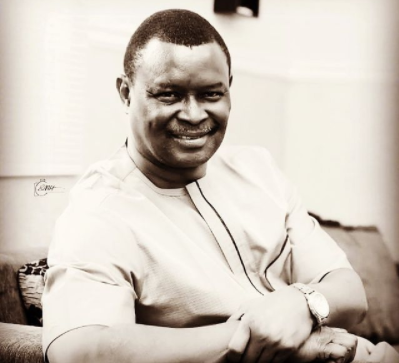 Clergyman, Mike Bamiloye, has said that many people will slaughter their destinies on the bed of lustful pleasure this Valentine's day. Bamiloye stated this on his Twitter handle on Saturday, February 13. His post reads;''TOMORROW IS DAY OF DEATH Tomorrow evening is a 'Night of Fun', when many men and ladies will slaughter their destinies on the bed of lustful pleasure. By next morning it is done! Destiny Auctioned to a young man or a lady whose future has been mortgaged to the devil….Happy Valentine! If Joseph had had a fun with Portiphar's wife, he would never have got to the palace to see the type of Glory he saw. He escaped that trap that would have aborted his destiny on which so many lives in Egypt and Canaan land, depended upon.There is a great story in Proverbs 7:6-27. It is a sad story of a young man on his own "Valentine Night". He had thought he wanted to have a fun that night, he had thought he wanted to enjoy himself, but crashed his future in a night of fun.Proverbs 7:21-23 21 With her enticing speech she caused him to yield, With her flattering lips she seduced him. 22 Immediately he went after her, as an ox goes to the slaughter, Or as a fool to the correction of the stocks23 Till an arrow struck his liver. As a bird hastens to the snare, He did not know it would cost his life.''he wrote 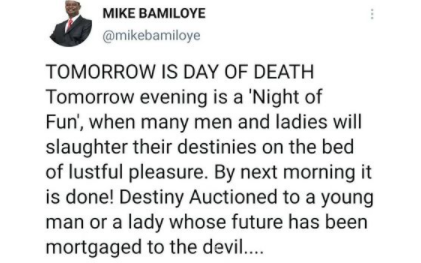 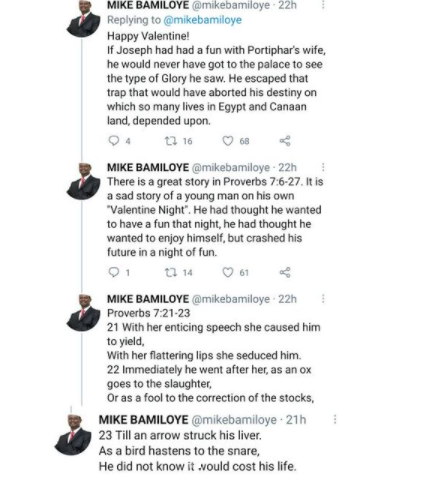 The post Valentines Day: Many will slaughter their destinies on the bed of lustful pleasure – Clergyman Mike Bamiloye says appeared first on Linda Ikeji Blog.